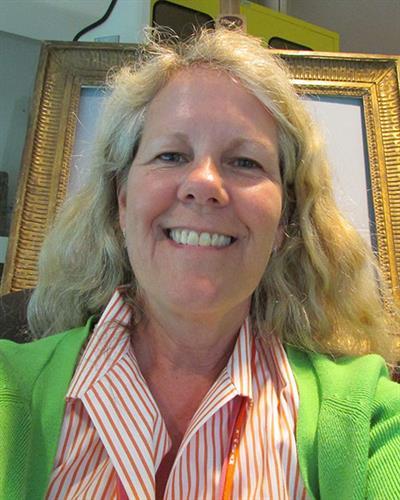 Ingrid A. Neuman earned a M.A. and a Certificate in Advanced Studies from the Cooperstown Graduate Program in the Conservation of Historic Art and Artifacts in Cooperstown, New York. She also holds a B.A. degree in Classics with a specific concentration in Mediterranean Archaeology from the University of Massachusetts in Amherst. She is a Conservator of three-dimensional artifacts in private practice. Prior to establishing her own private practice, Neuman held the position of Head of Sculpture Conservation at the Williamstown Art Conservation Center in Williamstown, Massachusetts where she also taught in the Graduate Art History Department at Williams College. While in the Berkshires, she also served seven years as a conservation consultant on the board of the Vermont Museum and Gallery Alliance where she conducted numerous conservation surveys for the cultural institutions in the state of Vermont and presented workshops on the preservation of museum collections. She regularly reviews federal grant applications for the NEH and the IMLS and has served on numerous committees for the American Institute for Conservation. Her career began at the National Museum of Natural History and the National Museum of American History at the Smithsonian Institution in Washington, D.C. She currently works as the Museum Conservator at the Rhode Island School of Design Museum in Providence, RI.